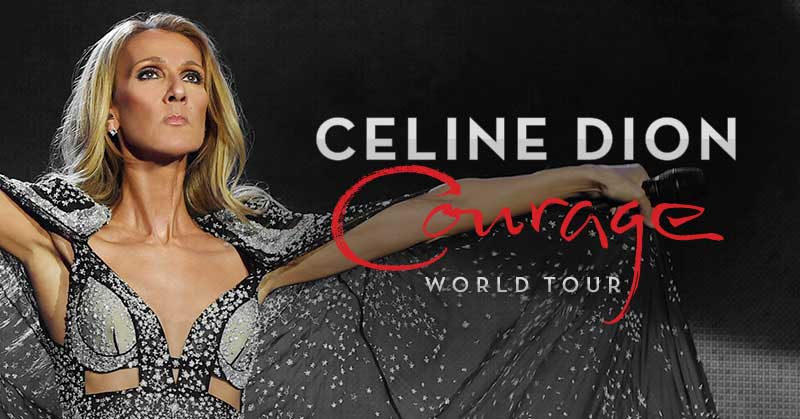 What does 100% guaranteed mean?

Celine Dion has announced her North American ‘Courage World Tour.’ The trek, which launches in the fall, marks the singer’s first U.S. tour run in more than a decade. She announced the news during a Facebook Live event on Wednesday, which featured a short video chronicling the end to her long-running Las Vegas residency. Her last Caesars Palace date is on June 8th.

Dion’s Courage World Tour — her first global trek in a decade — will kick off in her home province with two shows at Videotron Centre in Quebec City (Sept. 18 and 20), followed by two shows in Montreal at the Bell Center (Sept. 26 and 27). Dion told the audience she planned to take a few weeks off to spend time with her family after the four shows in Quebec before heading back onto the road Oct. 16 for a concert at Ottawa’s Canadian Tire Centre.

Tickets for Dion’s Courage Tour dates through April 13 go on sale Friday, April 12 at 10am local time, with the remainder of the dates being put on sale at a later time. Fans who buy their tickets online with get one CD copy of Courage per order. Each ticket orders come with one CD copy of Celine's new English album, scheduled for release this fall.